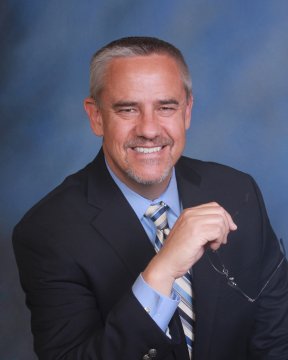 Mr. Belden is a 2001 graduate of Saint Mary’s College in Moraga, California where he received his Paralegal Certification and his bachelor’s degree in Law Studies.

His professional experience inlcudes twenty-three years of service for Bank of America, the last twelve of which were as Assistant Banking Center Manager in various locations. Mr. Belden also worked for the Civil Justice Association of California reviewing Appellate Court cases and summarizing appropriate cases for inclusion in a monthly newsletter called the Monthly Appellate Reports (MARS). In March of 2003, Mr. Belden joined the law offices of BAKERINK & McCUSKER as a Law Clerk where he worked extensively in the area of Estate Planning, Trust and Probate law under the direction of Mr. Bakerink.

In 2005 Mr. Belden graduated from University of the Pacific, McGeorge School of Law and in June 2006 was admitted to the California State Bar. Dedicated to client education and counseling, Mr. Belden is a member of the Wealth Counsel. Mr. Belden’s practice emphasis is in Estate Planning, Probate, and Trust Administration matters. In January of 2008, the partnership of professional law corporations of BAKERINK, McCUSKER & BELDEN was established. Mr. Belden became a Certified Specialist in Estate Planning, Trust & Probate Law by the State Bar of California Board Of Legal Specialization in August 2014.

Mr. Belden is a member of the Tracy Sunrise Rotary and Past President. He served on the Board of Governors for the San Joaquin County Bar Association. He is a Past President of the Trust and Estates Executive Committee for the San Joaquin County Bar Association. Mr. Belden was an adjunct professor at Humphrey’s College School of Law teaching wills. Michael and his wife Paula have been married for forty-one years and have resided in Tracy for the past twenty-seven years. Mike and Paula have a daughter, Stephanie, who is a West High School graduate. Stephanie currently resides in Schertz, Texas with her husband Josh Roethlisberger. Stephanie works as a school teacher and Josh is in the Air Force.

Have you suffered serious injuries in an accident? BMB Law can help!

Let us help you to create an estate plan that serves your loved ones.

Contact our firm today for your no-cost, no-obligation case evaluation.