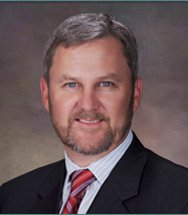 In 1997, Brinton McCusker was admitted to the California State Bar and began practicing law with G. Archer Bakerink at the Stroup & Bakerink law firm. Mr. Bakerink and Mr. McCusker later formed their own partnership, Bakerink & McCusker, in 2003. The Bakerink & McCusker law firm changed names again in 2008 with the addition of Michael C. Belden as a new partner as of January 1, 2008, after which the firm name changed to Bakerink, McCusker & Belden.

Prior to becoming an attorney, Mr. McCusker served in the United States Army from 1985 to 1989 as a Russian interpreter, receiving his language training at the Defense Language Institute in Monterey. He graduated from the University of the Pacific in 1991 with a Bachelor of Arts Degree in International Studies and in 1996 graduated from Humphrey’s College School of Law with a Juris Doctorate. During law school, Mr. McCusker worked as a law clerk for the County of San Joaquin at the County Jail and with the Stroup & Bakerink law firm.

He is a past member (1997-2010) of the Tracy Rotary Club, served on the Board of Governors for the San Joaquin County Bar Association (2009-2011) the Board of Directors for the Ripon Chiefs youth football organization (2009-2011), and coached youth baseball (2007-2012). Mr. McCusker served as a commissioner on the Ripon Planning Commission from 2011 to 2019. He is an avid outdoor enthusiast and enjoys hiking and fishing, golf and travel. He and his two sons reside in Ripon.

Have you suffered serious injuries in an accident? BMB Law can help!

Let us help you to create an estate plan that serves your loved ones.

Contact our firm today for your no-cost, no-obligation case evaluation.